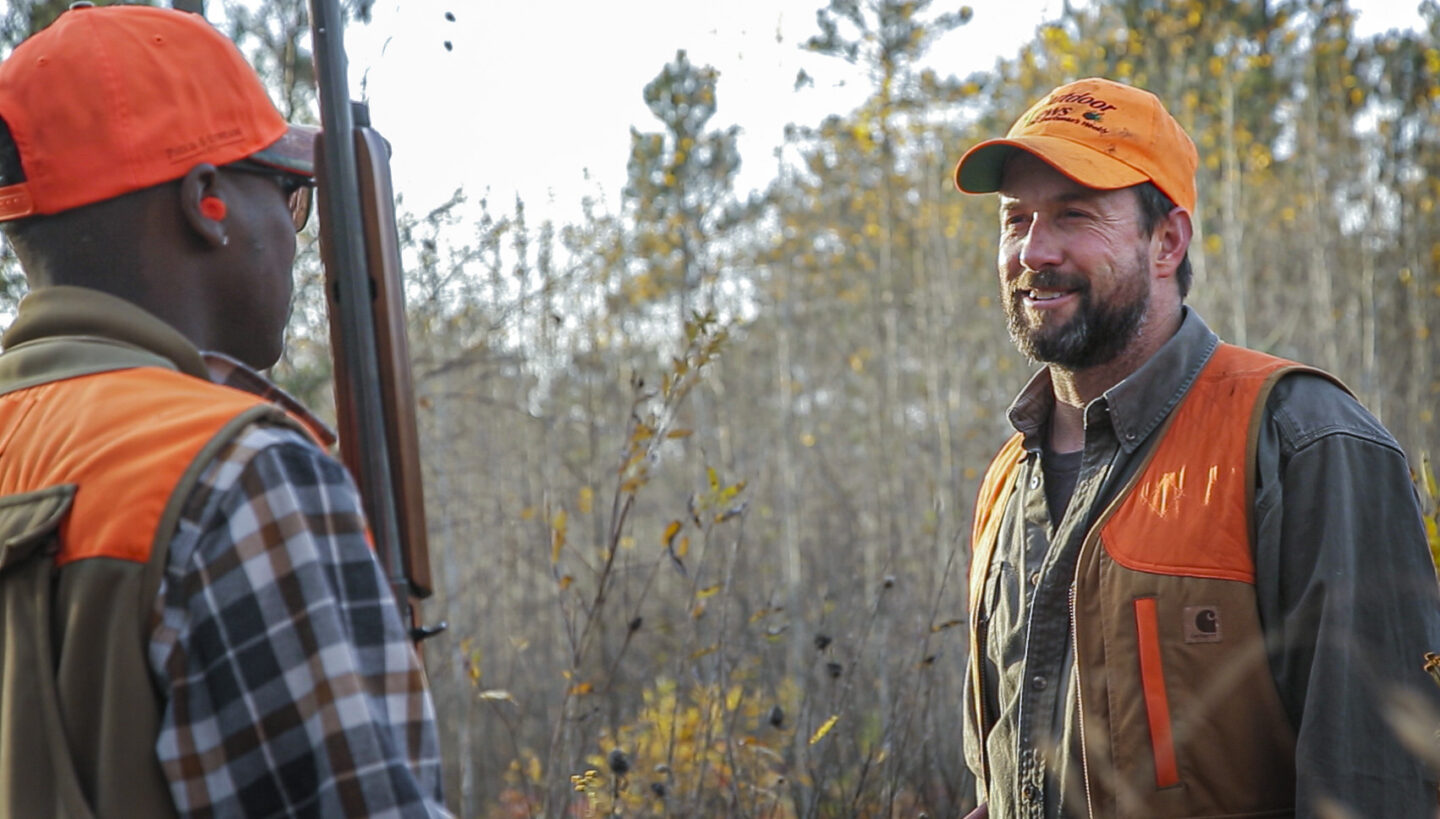 A new movement takes shape for the hunting community

In Minnesota, an influential hunting enthusiast is helping to change the conversation about sustainable foods and meat.

At 5:30 in the morning, on an unseasonably warm November day, Mark Norquist woke before dawn, geared up, and made the trek to his deer stand. Within a couple of hours, a small buck – nothing to brag about campside – came into view.

“I debated waiting for that big, prized buck but a big part of the experience is filling your freezer and having quality, clean, lean meat,” Norquist said. “I’ve been hunting for almost 40 years, and there’s still an excitement and an appreciation for that animal giving its life so that I can bring it home for my family.”

Each year, for Minnesota’s open hunting season, Norquist heads from his home in the suburban Twin Cities region to a rural log cabin, near the small town of Outing, that’s been in his family for nearly a hundred years. The one-room cabin has no running water, just a couple of bunks and a wood-burning stove. Coleman lanterns provide light.

It’s a simple scene but one that’s deeply meaningful to Norquist. “I grew up with these traditions as part of my lifestyle, and it’s something that I personally truly appreciate and love.”

Friends and family gather in nearby campers – safely socially distanced for the 2020 season – to reconnect and reminisce about past trips. “It’s multigenerational,” Norquist said. “We have had four generations at the camp before.”

While Norquist values this long-standing heritage, he said that also can become an obstacle to  growing the hunting community. “The general perception is that you either grew up with it or you didn’t, and you can’t start if you didn’t grow up with it. I’m trying to bring down that barrier.”

In 2020, more than 15 million Americans had hunting licenses, reports the U.S. Fish & Wildlife Service. That number represents about just under 5% of the country’s population, compared with 50 years ago when roughly 13% had licenses.

The decline in license holders worries Norquist. “As hunters, we are acutely attuned to changes in weather and climate and impacts on the environment,” he said. “Hunters are a critically important part of society in that we’re always looking at the health of the environment and the changes that occur.”

Norquist founded Modern Carnivore,  an online community of hunters who try to educate others about the “direct harvest” lifestyle – foraging, fishing, hunting – and connect people to healthy food options. He produces much of the platform’s content.

Norquist got the idea for the digital site at a conference in Anaheim, Calif., while working in marketing with organic and natural food companies. “I noticed that, within the space of sustainably sourced food, there was an anti-meat sentiment in a lot of circles,” he said. “As a hunter, fisherman, and forager, I didn’t understand that. There was this rise in interest in where food came from, but a decline in hunting.”

Through partnerships, speaking engagements, videos and podcasts that offer hunting tips and recipes with foraged foods, the Modern Carnivore community spotlights the importance of conservation, respecting public lands, and the fair chase of fish and game.

For new hunters, outdoor guides lead live hunting camps, where they provide video lessons on topics such as proper use of firearms, compass reading, and more.

Ronnell Lynn, who is Black, recently took part in one of Modern Omnivore’s live hunts.He’s lived on the south side of Minneapolis for more than 10 years. While working as a butcher at a local co-op, Lynn met Erik Jensen, co-chair of the Minnesota chapter of Backcountry Hunters & Anglers.

“Erik comes in and says, ‘Hey, man, you want to hunt?’” Lynn said. “No one had ever asked me that before.” Lynn and Jensen, who’s white, forged a fast friendship. “We got to learn a lot about each other,” Lynn said, “and, this year, thanks to his teachings, I had my first successful hunt.”

Since linking up with his new community at the co-op, Lynn doesn’t buy grocery-store meat. But on a mid-November weekend trip, he took it a step further. Lynn joined a group that included Norquist and set out for rural eastern Minnesota to a camp near the Snake River.

“We saw six deer,” Lynn said. “I missed all those opportunities, and a tad before legal shooting was over, there they are, three deer running down, and my heart’s pumping. I’m thinking, ‘This is my chance.’”

After waiting and watching all day in below-freezing temperatures, Lynn shot his first deer, a doe. “I’m still processing it myself,” Lynn said about his first hunt. “I thanked the animal, blessed the animal, and I feel blessed.”

Lynn has so much meat that he plans to give much of it away. He’s not only eager to hunt again but to teach family and friends to do the same.

“Adult-onset hunters,” a term coined by Tovar Cerulli, a writer and educator, often are drawn to hunting to take charge of their food sourcing. “Every time I take a package of venison out of the freezer, I am reminded of the life I took,” Cerulli wrote in “On Hating Hunters and Becoming One,” an essay about his journey from veganism to hunting.

“Unlike anonymous meat from (a) store … meat you have hunted is always specific: that animal, that place, that moment,” Cerulli wrote.

Norquist agreed with Cerulli’s writings. “This manner of how you get meat on to the table is the most honest,” he said. “It connects you to the natural environment.”