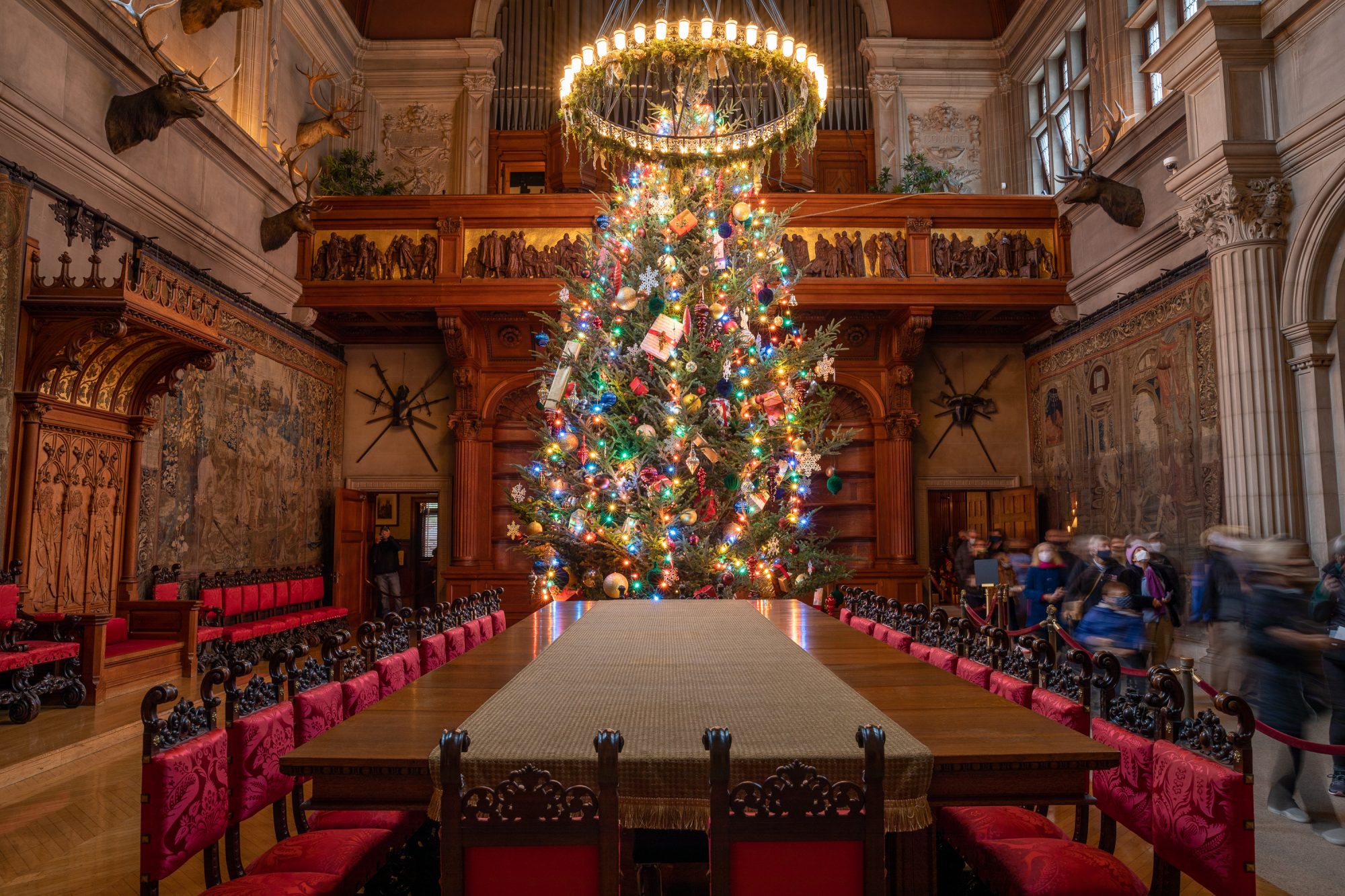 Biltmore's enviable Christmas trees, on display all throughout the property, are grown by NC farmers
businessfeaturedlifestyle

For 40 years, Andrews Nursery in Newland, North Carolina, has produced the evergreens for Christmas at Biltmore.

When the flatbed trailer hauling the 55-foot Norway Spruce used to decorate the Biltmore Estate’s front lawn for Christmas pulls up, Greg Andrews is behind the wheel.

Delivering a 3-ton tree, 65 miles to Asheville isn’t easy, but Andrews, 52, is used to it: His family’s Newland, North Carolina farm has raised evergreens for Biltmore since the 1970s.

Andrews grew up among Avery County’s native rhododendron, mountain laurel, white pines, and hemlocks. As he got older, he helped his dad dig them up and deliver them to the northeast.

Greg’s parents, George and Melba Andrews, now in their 80s, started Andrews Nursery in the 1960s. “Avery County used to be the shrubbery capital of the world because of the rhododendrons that grow wild,” Greg said. “A lot of people just naturally went into the nursery business.”

By the 1970s, George had ventured into Christmas trees, since Fraser firs are native to the area. Melba worked for a floral company at the time, producing dried flowers for Biltmore. When the Estate staff were looking for a large Christmas tree, they turned to Melba.

Decades later, the Andrews family still provides not just the front-lawn tree, but all 62 Christmas trees for Biltmore. “I think it’s just the loyalty factor, and that they’re a family business and so are we,” said Greg.

Every summer, Biltmore’s floral manager, Lizzie Borchers, sends a team to the farm to scout the best trees.

For the front lawn spruce, once they find the tree, Greg and his team transport it to the nursery, tie it up, trim it, and spray it with an anti-desiccant to keep it from drying out. They add a flame retardant to protect the tree, and ultimately the Biltmore Estate, from fire.

Once processed, the tree travels down Hwy 321 to Marion, where it connects with I-40, due west. Fifty-five feet is not only the largest tree Greg can transport without a special permit; it’s also as high as Biltmore’s mechanical lifts will reach for decorating.

“We’ve never had one fall off the truck,” he said, “but we have had a few incidents with the tops of the trees. But we take super, extra precautions, since the tree is irreplaceable. We have one tree. There’s no room for error.”

Inside, the centerpiece of Christmas at Biltmore is a 35-foot tall, 3,000 pound Fraser fir. “The tree that’s in the banquet hall right now is actually a pretty spectacular tree,” he said. “It was one in 10,000. It just grew absolutely perfect.” It takes 50 staff members to carry in the tree, raise it, and secure it into place.

Although this year, the lawn spruce is one Greg planted 30 years ago, he says, “The front lawn tree usually comes out of someone’s yard, because of the sheer size of it,” he said.

One year, he found the tree on private property in Roan Mountain, Tennessee. “The man and his wife had planted it in their lawn years ago; it had been their Christmas tree,” he said. “He was so excited about where it was going.”

The original version of this story appeared in Southern Living magazine on December 2021.