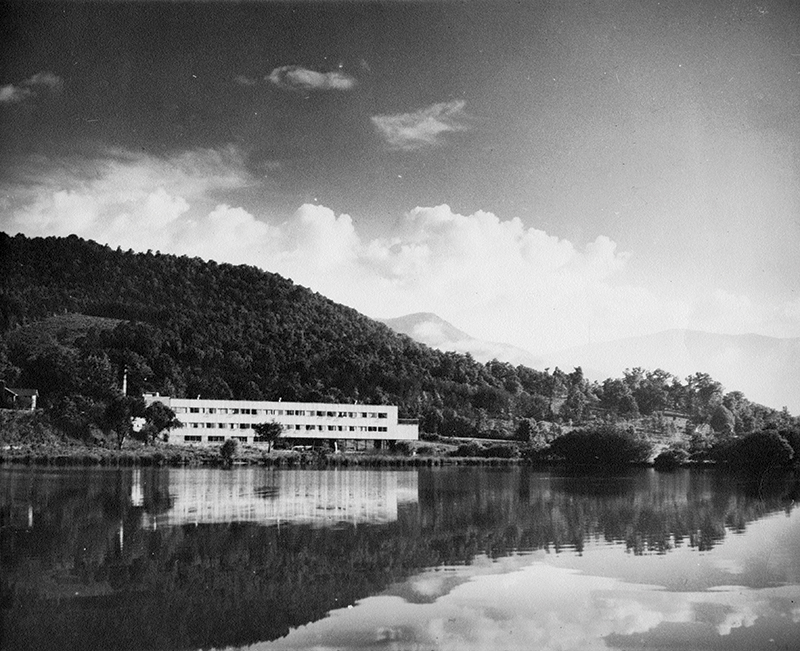 The Story of Black Mountain College

From 1933 to 1957, a small experimental college in the mountains of North Carolina changed the course of American education and modern art.

In 1933, John Andrew Rice, a disgruntled college professor, was stirring up trouble at Rollins College in Winter Park, Florida. A staunch disciple of the philosopher John Dewey, Rice believed in breaking students free of the strict, hierarchical nature of assembly-line schools of the time and giving them control of their own learning. As the Great Depression swept across America, tensions boiled over. Rebellion was in the air.

Thousands of miles and an ocean away, as Adolf Hitler ascended to power, the Nazis set out to persecute artists and intellectuals all across Europe. The Führer was hell-bent on conforming Germany’s top art and design school—the Bauhaus—to his newly sanctioned rules. Josef Albers wouldn’t hear of it. Albers, one of the Bauhaus’s best-known artists and teachers, chose to close the school rather than obey the Third Reich.

Albers and his wife, Anni, who was Jewish, were desperate to flee Germany. Rice wanted to reform the American education system. They all needed a place where they could start anew. They would find it in the still mountains of North Carolina.

RICE WAS DISMISSED from Rollins soon after and joined the unemployed quarter of the U.S. population. Audacious and outspoken, he continued to criticize American higher education and formulated a plan to push the system’s boundaries by opening his own school.

His new college, he promised in a purpose statement he penned on onionskin, would “lead on to creative consciousness a carefully selected group of talented young men and young women who are eager to know, to will, and to do.”

Like the Bauhaus before it, Rice’s school would emphasize the connection between artists and design—between thinking and doing. The college would nurture the Deweyan ideals of independent thought, learning by doing, and arts at the core of education.

Theodore Dreier and Robert Wunsch, a North Carolina native, backed him. Wunsch suggested the school’s first location: a YMCA building in the rural Swannanoa Valley, the first of three locations the school would eventually inhabit. Despite advice that it was “the worst possible time for beginning a school,” in the midst of the Great Depression, Black Mountain College opened its doors in September 1933 with 26 students and 13 faculty members.

Josef and Anni Albers traveled by ocean liner. Leaving behind family and friends—and, perhaps worst of all, their beloved Bauhaus—they couldn’t point out North Carolina on a map when a startup in the mountains invited them to teach.

Josef was one of the Bauhaus’s best. The only student asked to join the faculty in the school’s history, Albers had led in the fields of painting, printmaking, and color theory for a decade. Anni, a force in her ow

n right, was known for her experimental use of textiles, helping to establish weaving as a viable element of fine and modern art. The Alberses were charged with making visual arts the center of the Black Mountain College curriculum.

The liberal arts college was unlike any other of its day, a close-knit social community whose members taught and learned in an atmosphere of experimentation and multidisciplinary influence. No board of directors charted the academic course; the curriculum centered on whatever faculty and students agreed upon.

Everyone contributed to school operations—farmwork, kitchen duty, even construction: If a student believed a building would benefit his or her studies, he or she was encouraged to build it. Relationships flourished. Students existed with faculty on a level plane; some even forged romantic relationships. Cabbage patches doubled as photography classrooms.

“Students were in charge of their own education,” says Alice Sebrell, program manager at the Black Mountain College Museum in Asheville. “They placed the responsibility on the student … to succeed or fail on their own terms.” There were no published grades and no structured four-year tenure. Of the 1,200 students known to have been admitted over the years, estimates point to only 60 or so who graduated—with homemade diplomas in hand, no less.

Black Mountain College lasted only 24 years, but the school’s principles are still evident in progressive education models today. As the cost of education rises and the needs of the workforce shift, higher education is faced with creatively catering—through post-traditional tracks, student-faculty research projects, service projects, and apprenticeships—to the interests of the student. Black Mountain College’s influence lives on at present-day schools, including Bennington and Marlboro colleges in Vermont, Antioch College in Ohio, and Warren Wilson College in Swannanoa.

“(O)ur central and consistent effort is to teach method, not content; to emphasize process, not results … ,” Rice once told writer Louis Adamic. The school was a precursor to self-directed education. Fast-forward to today’s social landscape, and the guiding principles of Black Mountain College predicted an age in which content is available at the tap of a finger. How the content is used or why it exists, its faculty would teach, is more important than the content itself.

DESPITE ITS GOAL to focus on the process of learning, not the desire to fill museums, the school hired and graduated some of the top artistic talent of the era. Sculptor Ruth Asawa, who attended the school for three years beginning in 1946, was said to have called her work “an experiment.” Her sculptures can be found at the Guggenheim and Whitney museums in New York, among others.

She was in good company. Dozens of students and faculty were already or would go on to have great influence in their fields, including composer John Cage, futurist and inventor R. Buckminster Fuller, and choreographer Merce Cunningham.

Cunningham joined as a visiting professor at Black Mountain in 1948, and, along with artist Robert Rauschenberg, pianist-composer David Tudor, poet-potter-writer M.C. Richards, and poet Charles Olson, assisted Cage in creating what is often considered the first “Happening.” It was an experience that included visual art, live piano, poetry readings, and dance—in the same time and space and independent of each other.

In 1953, Cunningham formed his own convention-breaking dance company at Black Mountain College. Paris Opera Ballet and New York City Ballet, among other influential companies, have presented his work.

The school was also socially progressive, admitting its first African American student in 1944, Alma Stone, for a summer music session—10 years before Brown v. Board of Education.

Black Mountain College was a bold-faced breeding ground for revolutionaries who bucked the day’s educational trends. Yet despite influence from the most notable minds of the day—John Dewey, Albert Einstein, Bauhaus founder Walter Gropius, and Carl Jung—the school struggled to stay afloat.

In its final years, the FBI investigated the college, examining whether Black Mountain teachings were appropriate for G.I. Bill support. “School officials have advised that they are conducting a very unusual type of school,” a Charlotte-based special agent said in a memo to FBI Director J. Edgar Hoover in the spring of 1956. “A student may do nothing all day and in the middle of the night may decide he wants to paint or write, which he does, and he may call on his teachers at this time for guidance. They advised that everything is left to the desires of the individual.”

ON THE SECOND FLOOR of Black Mountain College Museum + Arts Center in downtown Asheville, a small robot vacuum cleaner with a black, witch-like hat bumps into bricks and changes course in a small, enclosed circle. The Roomba’s velvet cone tickles dozens of handmade wind chimes that hang with fishing wire from the ceiling. As the robot wills itself around the space, the hat tip touches each chime, producing sound.

The work was part of last summer’s exhibition, which brought together contemporary artists from Asheville and as far away as Australia to create works focused on sound, challenging the stability of material. Selections from the museum’s permanent collection were exhibited among those commissioned for the installation. “We must come down to earth from the clouds where we live in vagueness,” Anni Albers once said, “and experience the most real thing there is: material.”

As Caleb Kelly, the exhibition’s curator, points out in his show notes, Anni recognized our fractured and changing relationships with the world’s materials, an enduring legacy in today’s state of climate change. By using materials in their original states, she said, we regain “the adventure of being close to the stuff the world is made of.”

The permanent collection at the museum contains thousands of objects from the 1930s through today—paintings, sculpture, photographs, ceramics, textiles, furniture, blueprints, books—works by alumni and faculty during and following their years at Black Mountain College. The museum also houses a library, which is open to the public, and the oral histories of 64 (and counting) Black Mountain College alumni.

THOUGH RICE NEVER SET OUT to create an arts school, the lasting artistic influence of the college is undeniable. “There wouldn’t even be a modern art museum as we know it today without Black Mountain College,” says John Boyer, president and CEO of the Bechtler Museum of Modern Art in Charlotte.

Given Josef and Anni Albers’ leadership, Boyer emphasizes the school’s covalent bond to the Bauhaus, which marks its centennial this year. “The Black Mountain College subtext is the simultaneous, persistent influence of the Bauhaus, with a marvelously adventurous and idiosyncratic nature,” he says. “It was an exceptional hotbed of creativity.”

Two key pieces of the Bechtler collection carry forward the legacy of Black Mountain College: The first is a textbook, a copy of Josef Albers’s The Interaction of Color, published in 1963. “The book is a manifesto of his 20 years of love and labor at Black Mountain College,” Boyer says. “It examines the importance of color in how we see and engage the world, and has been critically important to the next generation of artists.”

The second is part of that next generation including Asheville-born Kenneth Noland. Part of the Bechtler’s permanent collection, Noland’s “Pivot Line” is a long, narrow color field painting from 1969. “Noland worshipped at the altar of Albers,” Boyer says, “and was devoted to the profound influence and wisdom of that book.”

Black Mountain College influenced others in Charlotte, too, including Sue Spayth Riley, a longtime civil rights advocate, educator, and author who pushed to desegregate various public facilities. In 1966, she founded the city’s first integrated preschool, the Open Door School.

“Black Mountain College represented the dissolution of the artificial barriers that existed between high and low art, or fine arts and applied art,” Boyer says. “It was refreshing.” Today a reminiscent whisper among the mountains of western North Carolina, Black Mountain College was, for a time, a wide-eyed startup during tense times, poised to breed greatness and change the course of education. 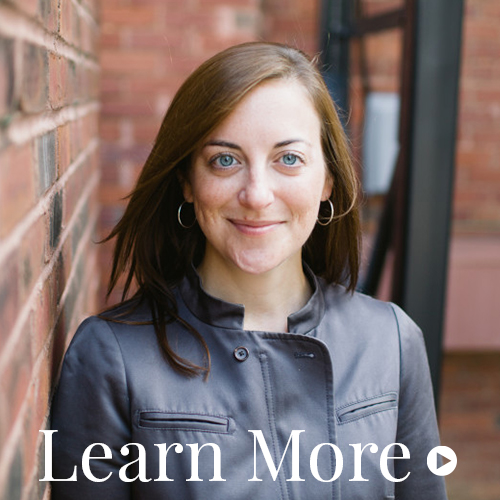 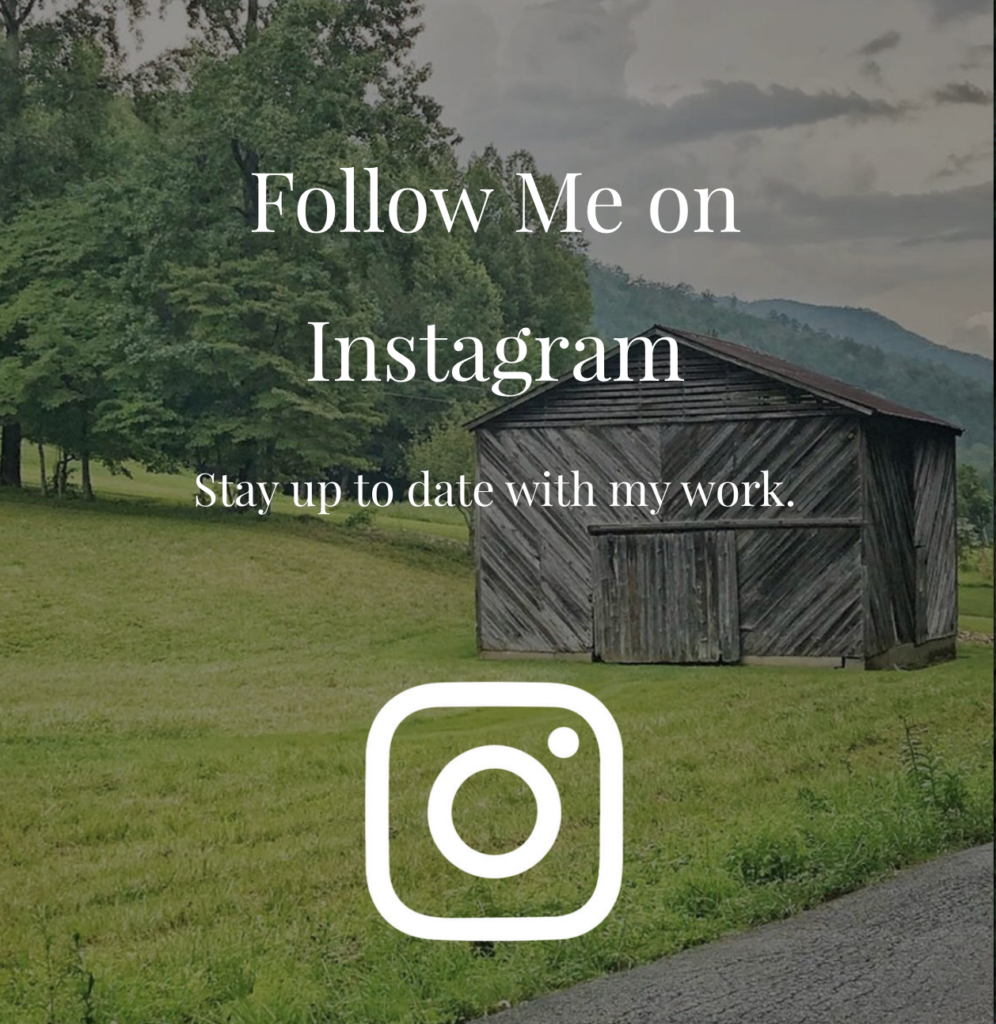