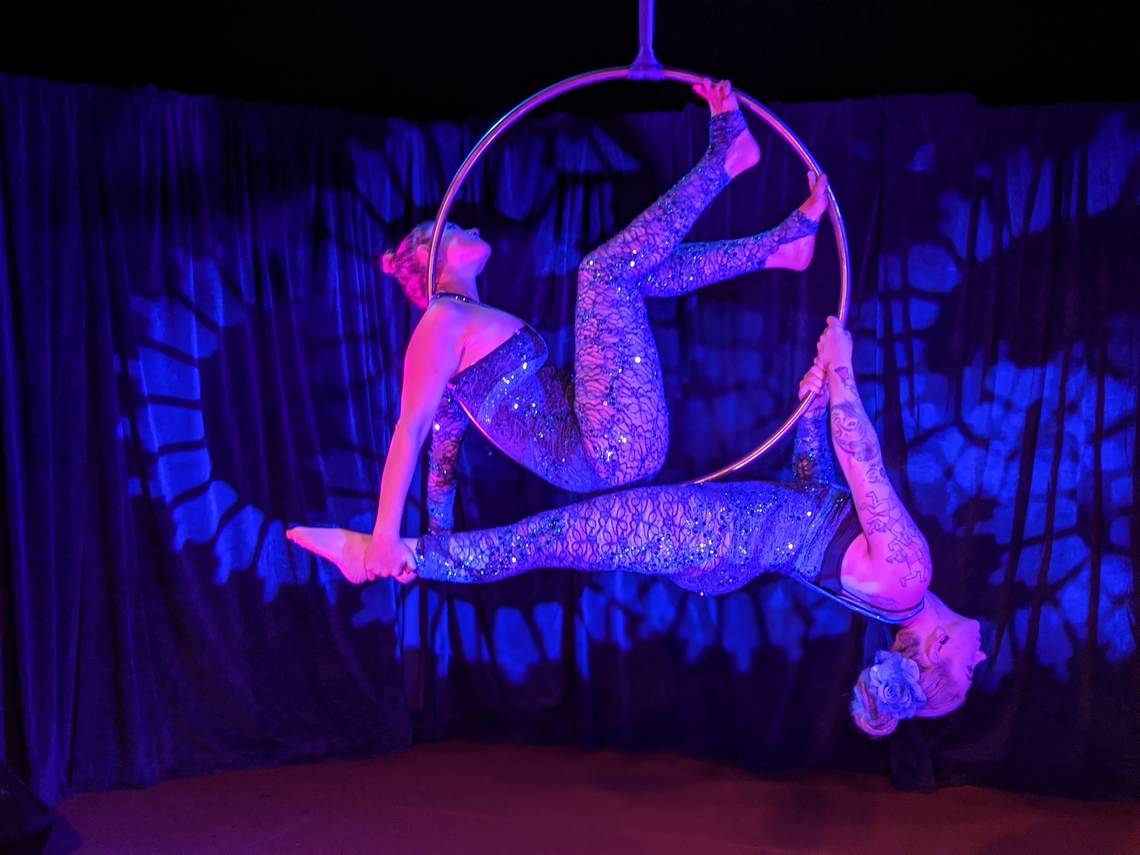 Just when she thought her career was winding down, award-winning local television producer Shannon Reichley got a new challenge: teach career theater people the ins and outs of television production — fast.

As Actor’s Theatre of Charlotte moved to online programming for its dark 32nd season due to the COVID-19 pandemic, Executive Director Chip Decker called on Reichley, who also serves as the vice chair of the ATC board, for guidance.

But Reichley, who has won awards for production work with HGTV, the Travel Channel, PBS and the ACC, accepted the challenge and got to work.

With funding for new cameras and equipment, and the help of her colleague, Mark Allen of Maverick Entertainment, as a technology advisor, Reichley spent two days training Actor’s Theatre staff on three-camera setup, working sound and lighting for television and switching between scenes.

“Everyone (in theater) is trying to do something,” Reichley said, from plays on Zoom to show talk-backs, and additional behind-the-scenes content. “I’m in a career that’s winding down; I’m happy that the thing I do is something that can actually help ATC.”

On the second Thursday of every month, the theater releases an episode of AT’s Neighborhood, pre-filmed variety shows that begin and end on a Mister Rogers’-like set.

Packaged in the middle are musical guests, interviews with local artists, 10-minute plays and follow-up conversations, plus magicians and silk performers. Some acts, like fire dancers, Actor’s Theatre couldn’t have offered inside the traditional theater space. “It’s an opportunity to discover other talented people and what they do,” Decker said.

ATC also presents “In the Box” productions this fall, from a Zoom-hosted magic show by mentalist Max Major to interactive shows set on a cruise ship, a murder mystery, and more. Once you purchase tickets, you’ll receive a box in the mail to “set the mood” for the program. “It’s something you can do with the whole family,” Decker said.

While fun, Decker sees the season as, hopefully, an anomaly.

“These are career theater people,” Decker said. “They literally took a two-day crash course, and the stuff they created came out really well.”

While the programming won’t bring in the big bucks, Actor’s Theatre does offer subscriptions to AT’s Neighborhood for $10 a month, or individual episodes for $15.

Pre-COVID-19, the theater company was struggling financially, having set a goal of $200,000 to replenish reserves and send them into their 33rd season on stable footing.

“We had positive results from people all over the area, and we were well on target,” said Decker. “Then COVID hit, and everything pretty much stopped.”

Without spring season subscriptions — critical transitional income for many arts groups — and evaporated concessions, money got tight, fast. Major donations, which typically flow in with early subscriptions, weren’t as beefy as they needed. Still, Decker has hope.

“Every once in a while, we get a trickle in the mail, a small check,” said Decker. “People are doing what they can do. It’s humbling, and mind blowing during these times.”

Even with assistance from a federal Paycheck Protection Program loan and National Endowment for the Arts grant, Actor’s Theatre furloughed its five staff members. “We’re in hibernation,” he said. “When the time is right, and people return, and we’re ready to produce, we’ll have the capital and resources to start a season.”

A MOMENT OF SOCIAL CHANGE

With programming on hold, Decker used the time to reflect on social justice and systemic racism. In an Actor’s Theatre newsletter letter dated July 15, he said, “I am way overdue in rethinking what a true equitable and balanced creative space looks like to everyone that enters that space.”

He pledged to re-examine programming to create a pipeline to creative opportunities for more people and to diversify the board, staff, artists and audiences. “We’re in a great moment of change,” Decker said. “We had to be on the right side of history here. It’s just the right thing to do, and we’re long overdue in doing it.”